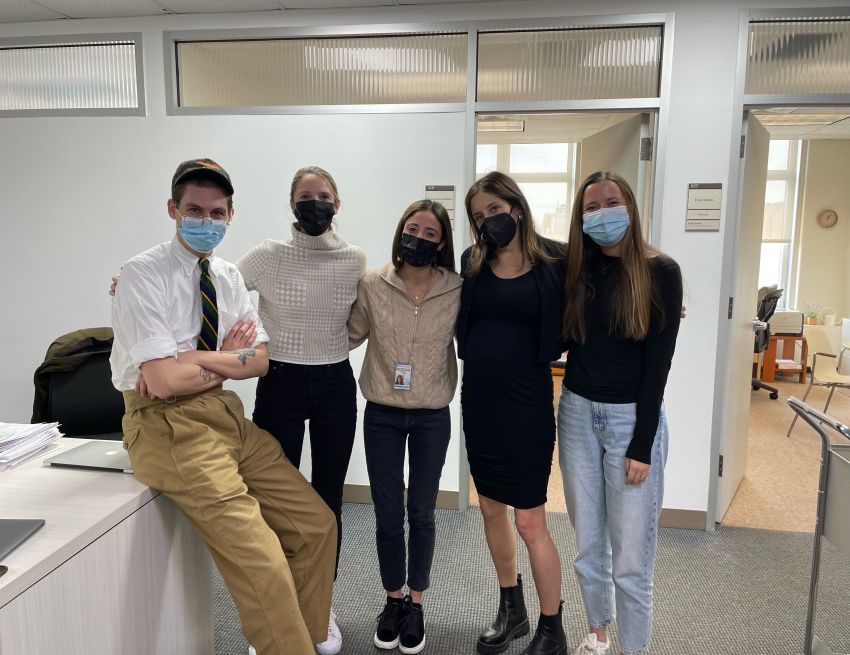 Cardozo’s Kathryn O. Greenberg Immigration Justice Clinic is looking for answers from the federal government about the abuses perpetrated against Black immigrants detained in immigration detention centers. The clinic’s student team filed suit against ICE and the Department of Homeland Security in the Eastern District of New York on November 10 with and on behalf of their clients and co-counsel, Black Alliance for Just Immigration (BAJI) and the American Immigration Council (AIC).

“Our ultimate goal for this project is to bring light to inhumane and discriminatory treatment of Black immigrants in detention. This is crucial because the government cannot take meaningful steps to remedy this abuse if it remains hidden,” said Brocki.

BAJI and AIC first filed FOIA requests seeking information about a range of types of harms—including use of violent force and restraints, denial of medical care, and use of segregation—used against individuals detained in eight ICE detention centers in the southern United States in order to uncover instances of abuse of and discrimination against Black immigrants.

Because ICE failed to respond to these FOIA requests, the Cardozo clinic, along with counsel at BAJI and AIC, filed the suit. Nash said, “We’re proud to support our clients in the effort to expose these injustices and to see the students’ incredible work to prepare and file this case within a few short months of joining the clinic.”

The student team wanted to highlight the egregious and inhumane treatment that ICE inflicts on Black immigrants in detention. They conducted research from reports and complaints submitted by advocacy organizations as well as some reports from federal agencies to understand the broader issues and identify examples of Black immigrants being abused in each of the detention centers. The harms done to these immigrants included physical abuse, withholding/improper medical treatment, use of solitary confinement and the use of threats and coercion to compel consent to deportation.

Bloch said, “It is time that the racist abuses and harms wrought against Black immigrants in detention centers are brought to light. Our hope is that this project will accomplish just that and serve as a stepping stone to change.”