Since its inception, the Kathryn O. Greenberg Immigration Justice Clinic has made national headlines for its advocacy work in immigration reform. The clinic responds to the vital need today for quality legal representation for indigent immigrants facing deportation, while also providing students with invaluable hands-on lawyering experience. It represents immigrants facing deportation before federal immigration authorities and in the U.S. Court of Appeals for the Second Circuit, and represents immigrant community-based organizations on litigation and advocacy projects. 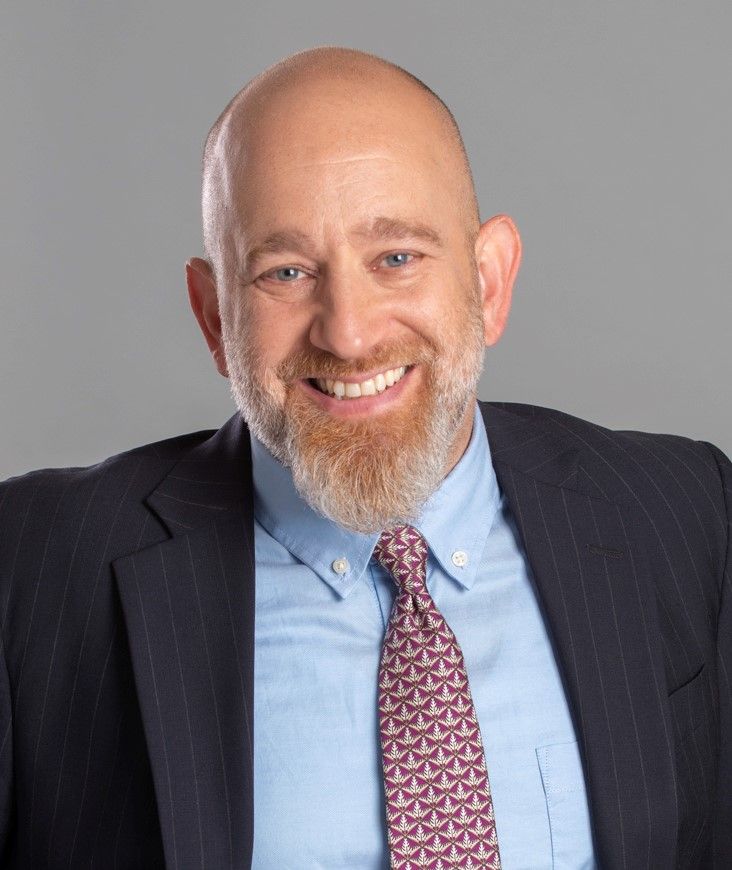 Peter L. Markowitz is the founding faculty member and co-director of the Kathryn O. Greenberg Immigration Justice Clinic. The clinic focuses on the intersection of immigration and criminal law and on immigration enforcement issues. It provides deportation defense representation to individuals and represents community-based and national advocacy organizations on impact projects. Under Professor Markowitz’s leadership, the clinic has been honored with numerous awards, including the Daniel Levy Award for outstanding and innovative advocacy and recognized by the New York City Council for groundbreaking work on behalf of immigrant communities. 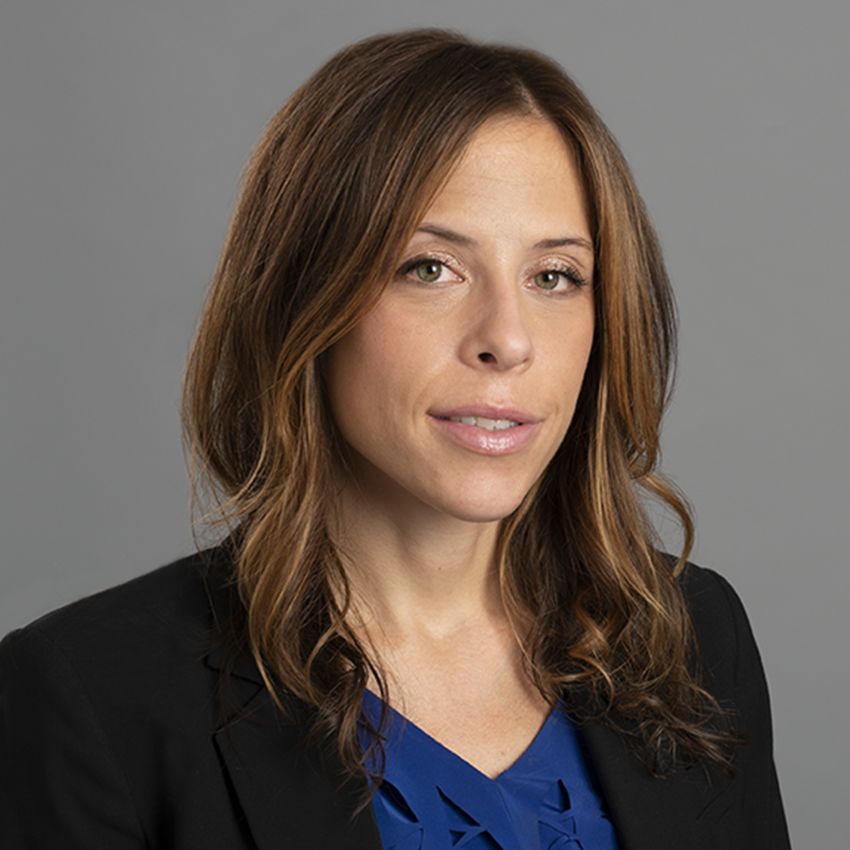 Lindsay Nash teaches in the Immigration Justice Clinic. Previously, she was a Skadden Fellow at the ACLU Immigrants' Rights Project, where she focused on impact litigation related to immigration detention and border enforcement, and an Arthur Liman Public Interest Fellow at the Cardozo Immigration Justice Clinic, where she worked on issues at the intersection of criminal and immigration law and helped establish the nation’s first system of institutionally-provided counsel for detained non-citizens facing deportation.

The Kathryn O. Greenberg Immigration Justice Clinic works with community based and nation advocacy organizations to improve immigration law and policy and to advance the quality of justice afforded to immigrants. The Clinic has worked on a wide variety of legal and policy issues. Below are links to publications, news reports and videos pertaining to some of our work.

The Kathryn O. Greenberg Immigration Justice Clinic (IJC) has, together with key partner organizations, led several advocacy efforts to expand access to counsel for immigrants in New York and beyond. Because removal/deportation proceedings are considered civil rather than criminal, courts will not appoint counsel to immigrants facing deportation even if they are detained. From 2011-2012, IJC Clinic Director Professor Markowitz, as a steering committee member of Chief Judge Robert Katzmann’s Study Group on Immigrant Representation, chaired a study that documented the depth of the immigrant representation crisis in New York City and recommended the creation of a public defender system for detained immigrants. Starting in 2013, representing the Northern Manhattan Coalition for Immigrant Rights, and working together with the Center for Popular Democracy, Make the Road New York and the Vera Institute for Justice, IJC has led the advocacy effort to make that recommendation a reality. In 2013, the New York City Council funded a $500,000 pilot of the nation’s first public defender system for detained immigrants—the New York Immigrant Family Unity Project. In 2014, the Council provided $4.9 million dollars to fully fund NYIFUP and ensure that no New Yorkers can be locked up and deported simply because they cannot afford an attorney. Replication efforts are currently underway in several jurisdictions.

In 2009, the Kathryn O. Greenberg Immigration Justice Clinic (IJC) began representing Make the Road New York (MRNY) because New York City was routinely funneling thousands of people a year from our criminal justice system into immigration detention, and as a result, MRNY’s membership was afraid to access police protection. Many of these individuals transferred for deportation had no criminal record whatsoever, and the vast majority had families here in the city. IJC identified detainers as the weak link in the system. Detainers, issued by Immigration and Customs Enforcement (ICE), are the mechanism by which federal immigration authorities seek custody of an individual they want to deport from a local or state criminal justice system. At the time, New York City, like every other jurisdiction, believed it was obligated to hand over any immigrant subject to an ICE detainer. IJC developed the concept and legal foundations of what has become known as detainer discretion—the idea that states and localities cannot be coerced by the federal government to participate in its mass deportation programs, and thus have discretion to determine when they will and when they won’t honor detainers. As a result of our and MRNY’s efforts, in 2011, New York City became one of the first jurisdictions in the nation to enact a detainer discretion law. That law was strengthened in 2013 and the concept of detainer discretion has now been replicated widely, with detainer discretion policies now in place in the states of California and Connecticut, and the cities of Chicago, San Francisco, Miami, Los Angeles, Washington D.C., New Orleans, Philadelphia, Seattle, and over one hundred other jurisdictions across the country. Tens of thousands of immigrants have been spared from deportation as a result of these detainer discretion policies.

Since 2012, the Kathryn O. Greenberg Immigration Justice Clinic (IJC) has represented the Center for Popular Democracy in its effort to explore the boundaries of state power to foster the full integration of immigrants, including undocumented immigrants, into our families, our economy, and our political community. To effectuate this goal, IJC developed the concept of extending state citizenship to immigrants who make New York their home, regardless of federal immigration status or lack thereof. IJC convened an advisory council of legal experts to vet the concept, and played a primary role in the drafting of the New York is Home Act. The Act, which was introduced in the New York State Senate and Assembly in June 2014, is an attempt to make New York the first state in modern times to extend state citizenship to undocumented immigrants. Citizenship would mean that all New York residents would become full and equal members of the state political community, with the rights to vote and hold public office, the rights to access state benefits and programs, and the rights to protection against discrimination and mistreatment. The effort to pass the New York is Home Act and support sister campaigns in other states is ongoing.

With Congress hopelessly gridlocked and unable to move any meaningful immigration reform legislation, it falls to the President to do all that is within his power to adjust immigration enforcement to promote the integration of immigrants and end the mass deportations that have devastated communities across the country. In the fall of 2013, the Kathryn O. Greenberg Immigration Justice Clinic (IJC) assumed representation of the National Day Labor Organizing Network (NDLON) to help them advocate for broad executive action granting deferrals of deportation and work authorization to undocumented immigrants. At that time, the policy deliberations were stifled because the President was publicly claiming he lacked the legal authority to enact such administrative immigration relief. We drafted a rule making petition on NDLON’s behalf to the Department of Homeland Security (DHS) asking them to enact a rule granting broad administrative immigration relief. In that petition, we laid out the legal authorities which grant the President broad power to defer the deportation of any group of immigrants he deems prudent. Our analysis gained traction quickly, as the Washington Post reported on the petition in its lead front page article, the AFL-CIO supported the petition, and the Congressional Hispanic Caucus adopted our analysis. In the spring of 2014, the President reversed his position regarding his own legal authority and publicly pledged to exercise his power to enact administrative relief by the end of the summer.

In 2007, agents of Immigration and Customs Enforcement (ICE) conducted a series of early morning SWAT-style warrantless home raids in immigrant communities across the country. Repeated stories arose of agents illegally breaking into homes without legal authority and targeting individuals based on Latino appearance. The Kathryn O. Greenberg Immigration Justice Clinic (IJC), representing Families for Freedom, filed a Freedom of Information Act lawsuit in federal court to gather data on these raids and to try to uncover any ICE policy documents that could shed light on the raids. Through the lawsuit, we uncovered previously secret quotas that were incentivizing ICE agents to engage in these illegal raids, as well as data demonstrating the breadth of the illegal home raid and racial profiling problem. Our discoveries garnered front page coverage in the New York Times, and we ultimately published a report, Constitution on ICE, that chronicled our findings. The report recommended significant changes to ICE policies and the abandonment of the quotas which incentivized the illegal raids. In 2008, ICE adopted many of our policy recommendations and rescinded the quotas.

In 2010, a then little-known Immigration and Customs Enforcement (ICE) program called Secure Communities was still in the early phases of implementation. The program was part of ICE’s plan to draft local criminal justice systems into the job of routine civil immigration enforcement through an automated fingerprint check system. Immigrant communities and law enforcement were concerned about how the program might impact their relationship and how the system might be used to expand mass deportation policies. The Kathryn O. Greenberg Immigration Justice Clinic (IJC), together with the Center for Constitutional Rights, representing the National Day Labor Organizing Network (NDLON), filed a major nationwide federal lawsuit to uncover secret information about the new Secure Communities program. We litigated the lawsuit for three years, uncovering a trove of data and documents about the problematic goals and implementation of the program. The revelations from the lawsuit put the Secure Communities program on the map, resulted in hundreds – if not thousands – of news reports, prompted three governors to seek to opt out of the program, and prompted two federal investigations and substantial reforms to the program.