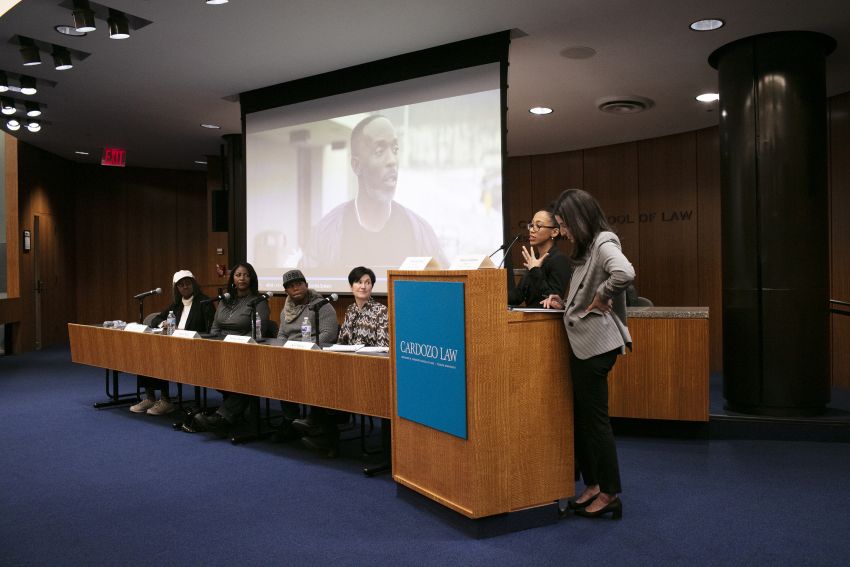 "Lights, Camera, Justice: Art illuminating stories and truths of societal injustice that have been silenced by the legal system (featuring the story of the Central Park jogger case)."

Cardozo's 2020 P*LAW Week included a range of panels and discussions to introduce students to career options in public service.

Students saw an immigration proceeding in action at Monday's "The Courtroom" performance as theater company Waterwell acted out a real Department of Homeland Security case from 2012. The case concerned an immigrant from the Philippines voting in a U.S. election, not realizing that she had to be a citizen to vote. Actors took the audience through the struggles a family can face under the threat of deportation.

“What happens in immigration court tends to be bureaucratic,” said Luis Mancheno, a former Teaching Fellow in Cardozo's Immigration Justice Clinic and currently the supervising attorney at The Legal Aid Society. “You start dehumanizing a process just because it’s so much... Storytelling is powerful because it brings you back to the family you saw today.” Mancheno himself was granted asylum after facing discrimination in Ecuador.

The focus on the humans behind the cases continued in Civil Rights Clinic Director Betsy Ginsberg's panel "Organizing Behind Bars: Fighting Prison Conditions from Inside Out." Ginsberg moderated a discussion with an investigative reporter and advocates.

"Formerly incarcerated people are critical to any discussion about prison reform," Ginsberg said.

A panelist named Synthia shared her experience after 27 years in solitary confinement. "Once you're in there, you're in there. You're a number." She hopes to use her voice to fight for the rights of those who are incarcerated.

The panelists stressed the importance of the census.

"It's the roads, it's the bridges, it's the things we use every day," said Rivera, who represents Cardozo's Greenwich Village.

Many panelists also noted the recent challenges of the census, including the proposed citizenship question.

"They really tried to scare us with the citizenship question," said Williams, who stressed that African Americans and undocumented immigrants are at a greater risk of being uncounted. "Whatever you came here for... you might not get that service if you don't fill this out."

Glick agreed: "This is the biggest exam that we're all going to take." She encouraged everyone to mobilize through social media and to get together for "pizza and beer and census."

Please visit nyc.gov/census if you're interested in volunteering for the 2020 Census.

The last panel of this year's P*Law program was "Lights, Camera, Justice: Art illuminating stories and truths of societal injustice that have been silenced by the legal system (featuring the story of The Central Park Jogger case)."

The panel discussion started with an interview with Kevin Richardson, one of The Exonerated Five portrayed in Netflix’s miniseries When They See Us.

"We shook the world with our story," Richardson told Cardozo 1L Victoria Lowe, who interviewed him in a pre-recorded video session. "It's surreal but it's so powerful what people can do with a vision."

The panel also included Dominic Dupont who was featured in the HBO/Vice documentary Raised in the System.

"There was a school-to-prison pipeline," Dupont said. "Why was it happening and how could we change that narrative?"

Sharonne Salaam, mother of Yusef Salaam who was also portrayed in When They See Us, ended the panel by urging the audience to call their representatives regarding New York state bill S2074A, which concerns compensation for wrongful convictions. 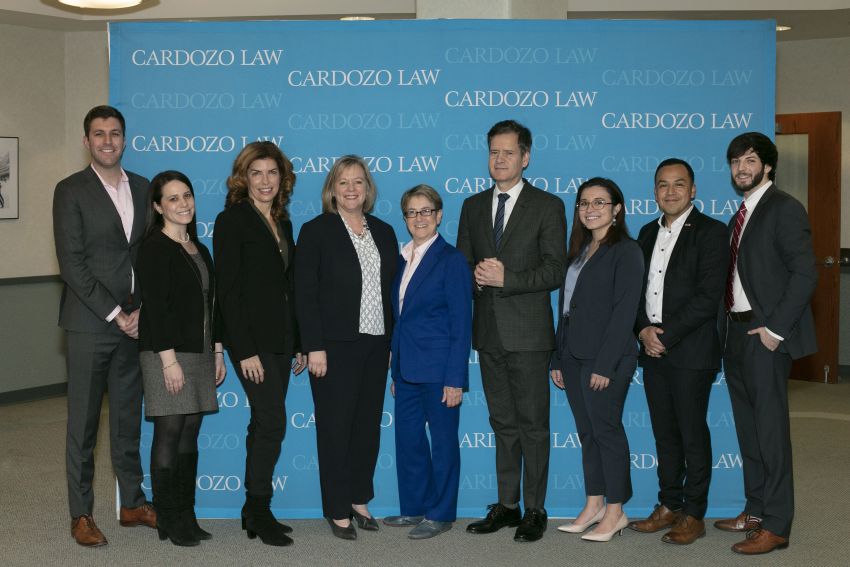 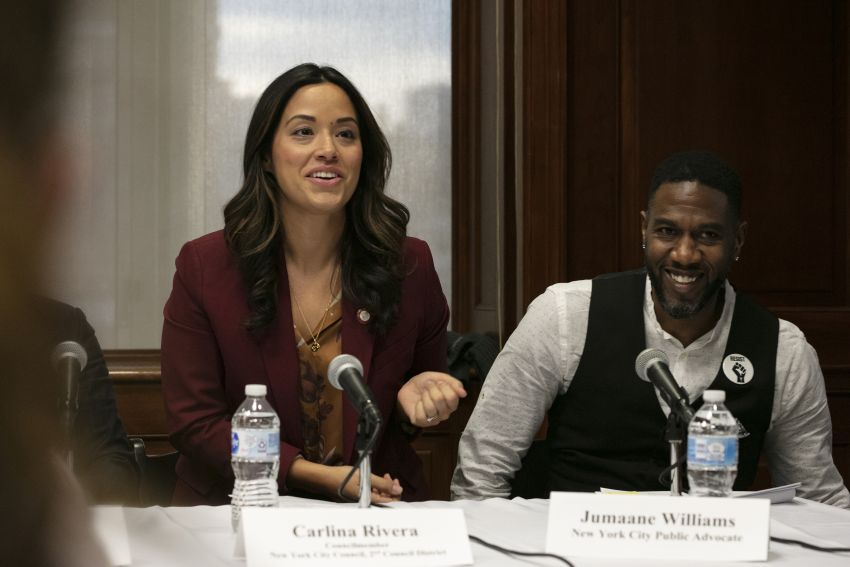 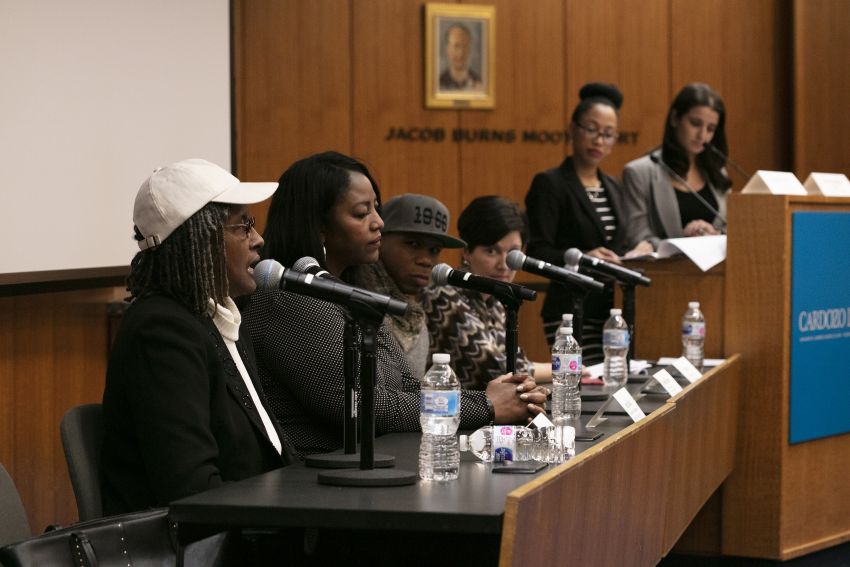 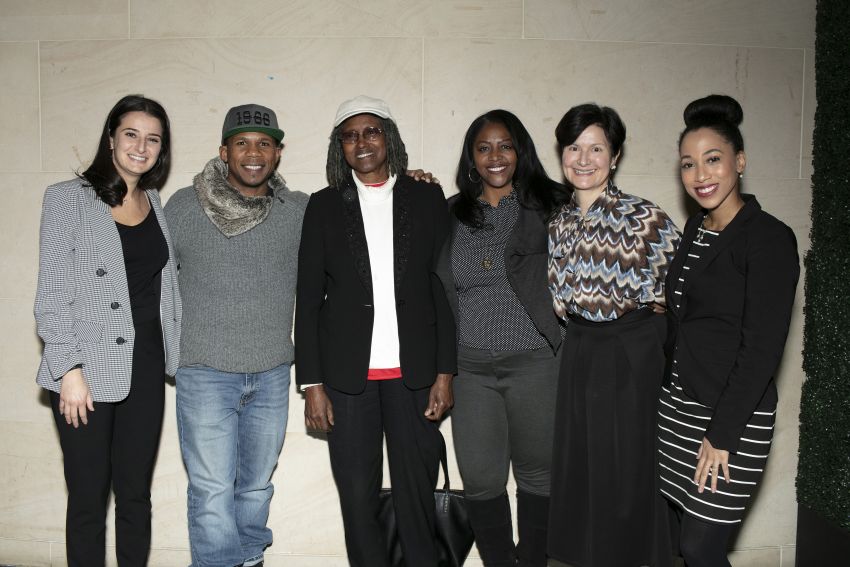