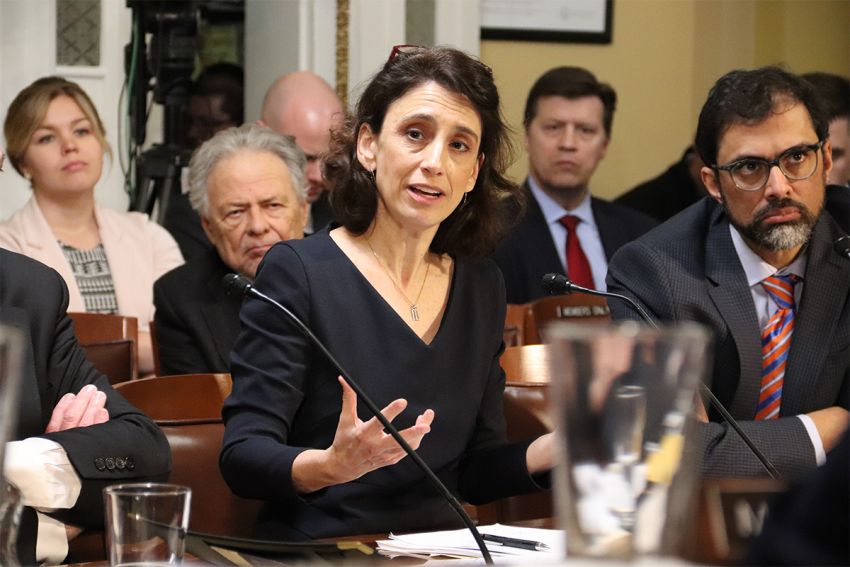 Professor Pearlstein testified before the House Committee on Rules on the responsibility of the legislative branch.

Professor Deborah Pearlstein testified before the House of Representatives Committee on Rules on March 3rd on the responsibility of the legislative branch.

The hearing examined the constitutional role of Congress in matters such as national emergencies, foreign policy, and government funding.

The hearing was streamed on the House of Representatives Rules YouTube page as well as on CSPAN’s website. Pearlstein's testimony starts at 35:19 in the YouTube video.

“We have some work to do to remind others in Congress and the American people that the Constitution assumed Congress would have access to its own expertise," said Pearlstein. "And Congress, not the executive, would be the primary agent of change in setting the U.S. national policy – foreign and domestic.”