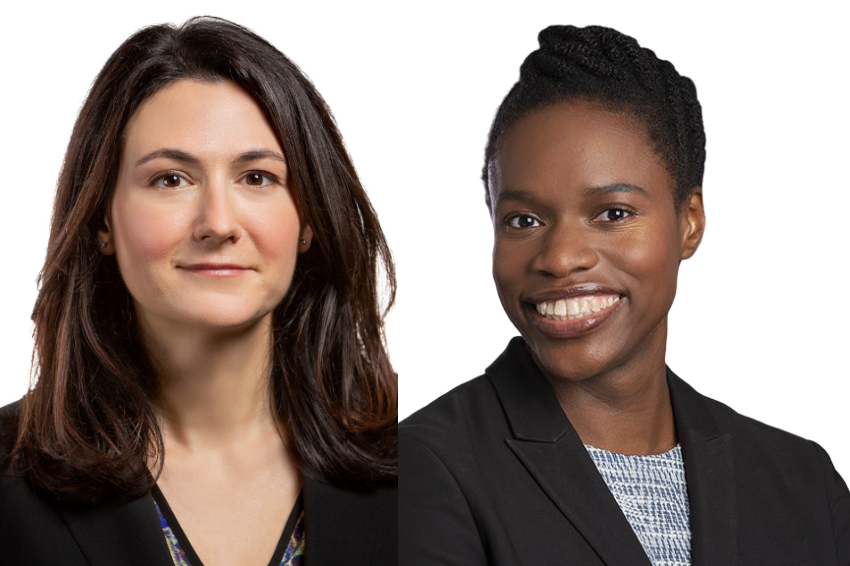 Prof. Ingber has published extensively on issues in international law, presidential and congressional war powers, administrative law and national security. She is also a senior fellow at the Reiss Center on Law and Security at NYU School of Law. Previously, Prof. Ingber served in the Office of the Legal Adviser at the U.S. Department of State and clerked for Judge Robert P. Patterson, Jr., of the Southern District of New York. She received her BA from Yale University and her JD from Harvard Law School. Her work has appeared or is forthcoming in the Virginia Law Review, the Texas Law Review, the Iowa Law Review, the American Journal of International Law, the Harvard International Law Journal and the Yale Journal of International Law.

Prof. Okidegbe held the Harold A. Stevens Visiting Assistant Professorship at Cardozo during the 2019-2020 academic year. Prof. Okidegbe's research focuses on criminal procedure, evidence, and critical race theory. Her research explores how race and ideas about race impact procedural and evidentiary outcomes in the criminal justice system. Her job talk paper on the role of algorithms in bail decisions is forthcoming in the Connecticut Law Review.

Prof. Okidegbe graduated with an Honors B.A. with distinction from Concordia University in Montreal and with a B.C.L./L.L.B. from McGill University's Faculty of Law where she was awarded the Edwin Botsford Busteed Scholarship, the Rosa B. Gualtieri Prize, the Daniel Mettarlin Memorial Scholarship, and the Schull Yang Award. She earned an LL.M. from Columbia Law School where she graduated as a James Kent Scholar. Following law school, she clerked for Justice Madlanga of the Constitutional Court of South Africa and for the Justices of the Court of Appeal for Ontario. She also practiced at CaleyWray, a labor law boutique in Toronto.