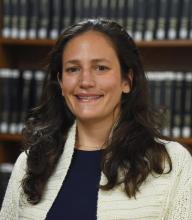 Levine's scholarship focuses on police prosecution and includes articles in the Duke Law Journal,  the Columbia Law Review, the Georgetown Law Journal, and the Iowa Law Review among others. Her teaching and research interests include criminal law, criminal procedure, policing, evidence and the legal ethics of criminal lawyering. 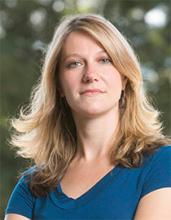 Kathryn Miller joins Cardozo as a Clinical Assistant Professor of Law on the tenure track. She will teach in Cardozo's Criminal Defense Clinic.

Miller comes to Cardozo from a three-year clinical fellowship at UC Berkeley School of Law where she taught in the law school's Death Penalty Clinic.

Prior to her fellowship at Berkeley, Miller represented individuals convicted of capital crimes at the Equal Justice Initiative and served as a supervising attorney at The Bronx Defenders. 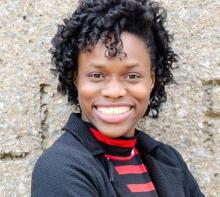 Ngozi Okidegbe will hold the Harold A. Stevens Visiting Assistant Professorship. She will teach Evidence and Critical Race Theory.

Okidegbe received an Honors B.A. with distinction from Concordia University in Montreal and a B.C.L./L.L.B. from McGill University’s Faculty of Law. She will receive an LL.M. from Columbia Law School this May.

In 2013, she clerked for then-Attorney General of Nigeria, Bello Adoke, where she researched barriers to the legal redress of HIV discrimination. Following law school, she clerked for Justice Madlanga of the Constitutional Court of South Africa and for the Justices of the Court of Appeal for Ontario. She also practiced at CaleyWray, a labor law boutique in Toronto.

Okidegbe’s research interests include criminal procedure, evidence, and critical race theory. Her research explores how race and ideas about race impact procedural and evidentiary outcomes in the criminal justice system. Her most recent scholarship problematizes the admission of defendant-authored rap lyrics as evidence in Canadian criminal cases and was published in the Criminal Law Quarterly in 2018. 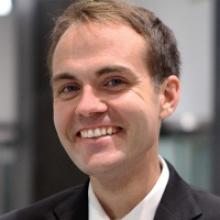 Matthew Wansley joins Cardozo as an Assistant Professor of Law, bringing a business background that includes serving as General Counsel of nuTonomy, a highly successful self-driving car company. Wansley advised the Board of Directors and management of nuTonomy.

The company, an MIT spinoff, was successfully acquired by Delphi Automotive in November 2017.

Wansley received his J.D. from Harvard Law School and his B.A. with distinction from Yale University. He clerked for the Hon. Scott Matheson on the U.S. Court of Appeals for the Tenth Circuit and the Hon. Edgardo Ramos on the U.S. District Court for the Southern District of New York.

After law school, Wansley practiced at Shapiro Arato, an appellate litigation boutique in New York. From 2013-2016, he was a Climenko Fellow and Lecturer on Law at Harvard Law School. Wansley's research interests include business law and regulation, especially the law of tech startups and venture capital markets. His articles have been published in the Temple Law Review, the Vanderbilt Law Review and the New Criminal Law Review.