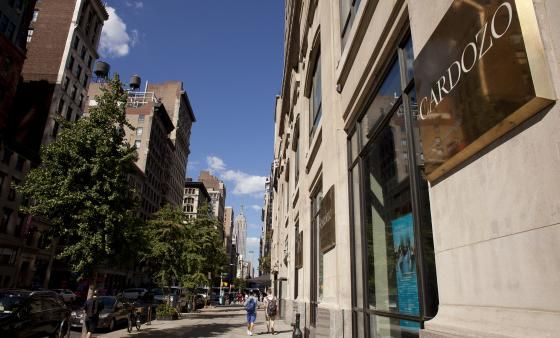 Spotlight on News from the Cardozo Community

Professor Myriam Gilles Talks to Law360 About Recent Wage-Hour Rulings and Her Predictions for the Rest of 2022.

Professor Richard Weisberg’s blog post, “Sandy’s Joyfully Divided Soul and a Glimpse at a Constitutional Poethics in View of Roe’s Leaked Demise,” was published in Balkinization.

Professor Michael Pollack presented his draft, “Sidewalk Government,” at the International and Comparative Urban Law Conference at UBC in Vancouver.

Professor Deborah Pearlstein’s article, “What War Did to the Academy, What the Academy Did to War: A 20-Year Retrospective on the Effects of the Post-9/11 Wars,” was published in the Case Western Reserve Journal of International Law. Her article, “Lawyering the Presidency,” was also published in The Georgetown Law Journal. The New York State Bar approved the first report of the Task Force on Voting Rights and Democracy, on which she serves, making recommendations to improve election administration in New York state.

Professor Alexander Reinert served as co-counsel in a 9/11 detainee abuse case that lead to a rare settlement last week in which the Federal Bureau of Prisons compensated six men detained and abused in a Brooklyn prison in 2001. The lawsuit settlement began as a class-action suit by the detainees against high-level government officials, including then-Attorney General John Ashcroft.