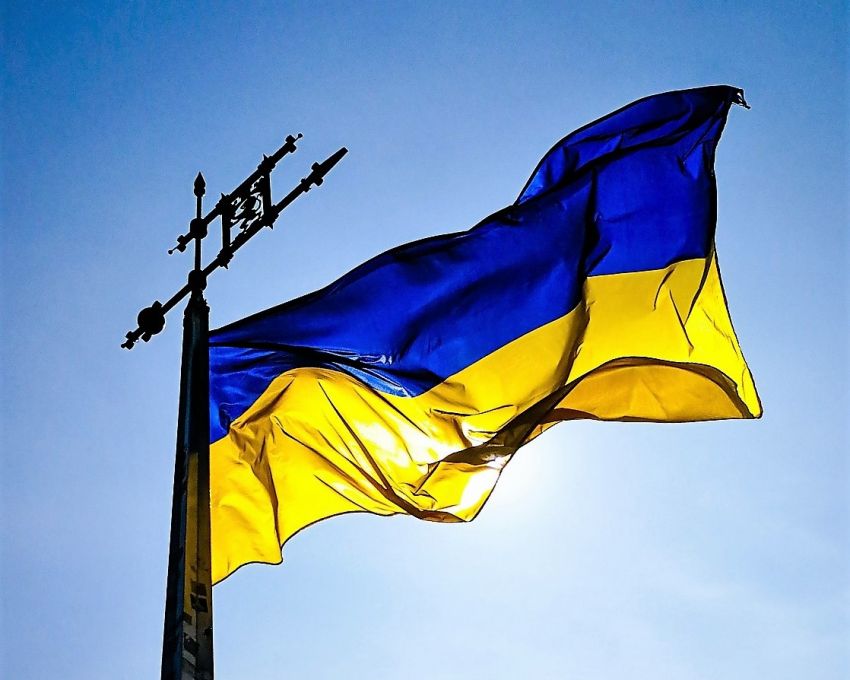 When Professor Michelle Greenberg-Kobrin heard that professors and clinicians at Ukrainian law schools needed help teaching materials to better help students navigate their new reality, she decided to help launch an initiative to give clinical education to law students adversely impacted by the war.

The program, which spans four Ukrainian law schools, and several American law schools, aims to teach Ukrainian students an entirely new set of skills they will now need before entering the workforce. Since the war in Ukraine began on Feb. 24, 2022, life in the country has changed drastically, and this change has also impacted law students and schools, who have very quickly had to change their curriculums due to the needs of their students.

“The [Ukrainian] clinics were doing things like consumer protection before the war started,” Greenberg-Kobrin said. “And all of a sudden, they're trying to pivot really quickly, to do things like help victims of sexual trafficking, document and interview people who are victims of human rights violations, document war crimes, exactly the kinds of things you think you think they should be doing. But that was not the work they were doing beforehand, and the professors were trying to figure out how they could pivot to this work.”

So, Greenberg-Kobrin stepped in to organize, facilitate and moderate sessions teaching students clinical skills such as communication, negotiation, facts and case briefing. She also included sessions on protecting yourself and your mental health when dealing with horrific and troubling situations and stories.

“Part of what the students wanted to do was to first get a sense of ‘how do we interview a victim of trauma?’” Greenberg-Kobrin said. “‘How do we figure out what facts we need? How do we think about communication and negotiation both with our clients?’”

Alongside Greenberg-Kobrin, some of the key figures in getting this program set up have been Davida Finger, a professor from Loyola University New Orleans College of Law is coordinating this process from the U.S. side, while Mariia Tsypiashchuk, a Ukrainian clinician and head of the pro bono legal clinic of the National University of Ostroh Academy is coordinating on behalf of Ukrainian legal clinics.

Another part of Greenberg-Kobrin's work with the project is dealing with the logistics of setting up these sessions. In these sessions, which take place every other week for seven weeks, two different law professors each present for a half-hour, which leaves them with 30 minutes of question time from students. The sessions are conducted via Zoom accounts provided by the United States Agency for International Development (USAID), which gives users to ability to speak and have what they say translated into closed captioning in English or Ukrainian at the bottom of the screen. Greenberg-Kobrin and Finger have even privately hired a translator to ensure that they are able to teach and answer questions in real time, despite the language barrier. While Cardozo and Loyola New Orleans sponsored the initial costs, now USAID is supporting the project.

Alongside Greenberg-Korbin, other Cardozo faculty, Professors Leslie Salzman and Elizabeth Goldman, have been supporting the program, teaching one class each. Salzman’s class was about trauma-informed client interviewing, and Goldman’s was on working with facts and case briefing. Meanwhile, Greenberg-Korbin is slotted to teach two classes; one on problem solving, decision making, collaboration and conflict management/conflict resolution and the other on time management, mater management and delegation. And a Cardozo alum has also been involved with helping in the process. Viacheslav (Slava) Melynk LL.M ‘21, who is Ukrainian, has translated two sets of presentation slides into the language.

Greenberg-Kobrin said that she feels inspired by the students she calls “remarkably resilient,” and wants to help them further their education during this difficult period in the ways that she is able to.

“You always want to help in the way that you're best equipped to help,” Greenberg-Kobrin said. “This feels like a great way for us, as law professors, to directly impact law students there and also take a little bit off of the burden off of the law professors there who are trying really to do substantive work and just want some support.”