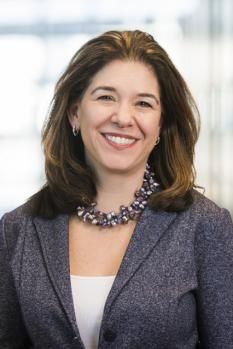 Dean Melanie Leslie has announced that Andrea Kupfer Schneider has been appointed Professor of Law and Director of the Kukin Program for Conflict Resolution, effective June 2022. Professor Schneider is taking on the directorship from Professor Lela Love, who built Cardozo’s conflict resolution program into a Top-Ten program in the field. Professor Love will continue her work at the law school as Founding Director and Professor of Law.

“Andrea Schneider is the perfect person to step into this role,” said Dean Leslie. “Her outstanding scholarship, many achievements in the field, and her experience building a national program in dispute resolution will ensure the continued growth of our ADR program, which is undoubtedly one of Cardozo’s most renowned successes.”

Professor Schneider is the director of the nationally ranked ADR program at Marquette University Law School in Wisconsin, where she has taught ADR, Negotiation, Ethics, and International Conflict Resolution for over two decades. In addition to overseeing the ADR program, Professor Schneider is the inaugural director of the university’s Institute for Women’s Leadership.

“It is wonderful that Andrea will be part of the Cardozo community,” said Professor Love. I am confident she will continue to expand on the positive trajectory of our ADR programs. We are so excited to welcome her.”

In 2009, Professor Schneider was awarded the Woman of the Year Award by the Wisconsin Law Journal and the Association for Women Lawyers. She was named the 2017 recipient of the ABA Section of Dispute Resolution Award for Outstanding Scholarly Work, the highest scholarly award given by the ABA in the field of dispute resolution.

“I’m delighted to step into this exciting position and honored to build on the legacy of my friend Lela Love, with whom I’ve enjoyed collaborating for many years,” said Professor Schneider.

Since 2005, Professors Schneider and Love have been part of the co-author team for three textbooks in the field, Dispute Resolution: Beyond the Adversarial Model (with Carrie Menkel-Meadow and Michael Moffitt) as well as Negotiation: Processes for Problem-Solving, and Mediation: Practice, Policy, and Ethics, all in their third editions.

Her other textbooks include Dispute Resolution: Examples & Explanations, which she co-authored with Michael Moffitt. She also recently co-authored the book Smart & Savvy: Negotiation Strategies in Academia with her father, David Kupfer.

Professor Schneider has published numerous articles on negotiation, plea bargaining, negotiation pedagogy, ethics, gender and international conflict. She serves as the co-editor of the ABA Dispute Resolution Magazine and on the Board of Advisors for the Saltman Center for Conflict Resolution at UNLV School of Law. She is a founding editor of Indisputably, the blog for ADR law faculty, and started the Dispute Resolution Works-in-Progress annual conferences in 2007. In 2016, she gave her first TEDx talk titled Women Don’t Negotiate and Other Similar Nonsense.