The 2020 Inspire! Awards Honor Three Women Whose Families were Devastated by Miscarriages of Justice

The 2020 Inspire! Awards Honor Three Women Whose Families were Devastated by Miscarriages of Justice 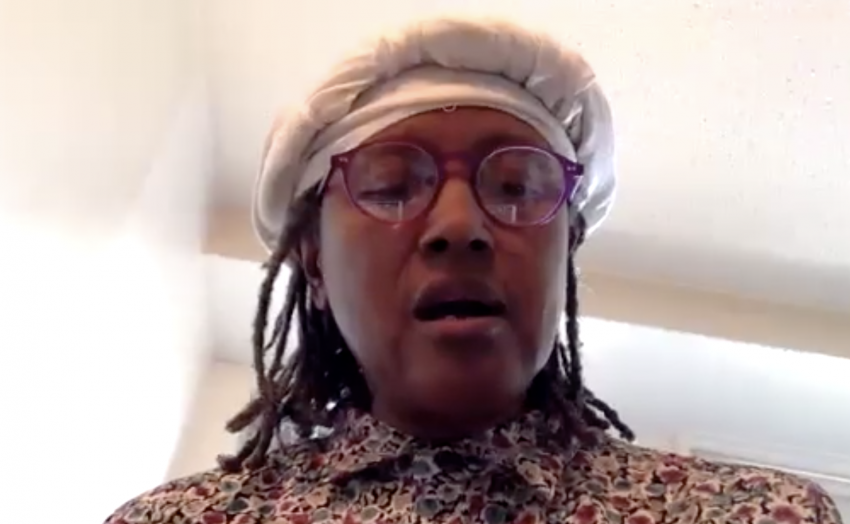 In a Zoom ceremony on June 10, Cardozo students presented Inspire Community Impact Honoree Awards to three women who devoted their lives to fighting for justice for the men in their families who had suffered grave miscarriages of justice. In a ceremony with a sharp focus on racial injustice and its impact on families, the awards were given to Sharonne Salaam, the mother of Yusef Salaam, one of five teenage boys wrongfully arrested and imprisoned in the infamous Central Park Jogger case, now known as the Exonerated Five; Angela Black, the sister of Kevin Richardson, also one of the Exonerated Five; and Staci Dupont, the wife of Dominic Dupont who was granted clemency in 2018 by Governor Andrew Cuomo after spending nearly 21 years in jail. Each of the three women spoke about the racial divide in a criminal justice system that devastated their families, but did not destroy their hopes for vindication.

The award winners’ experiences took on new meanings in light of the events overtaking our country in recent weeks in response to the death of George Floyd in police custody and the calls for police reform.

Sharonne Salaam, was presented the award by her son Yusef who spoke of the love she gave him throughout his ordeal. “When you walk down this path of life, you never know what’s going to happen,” said the mother who has been an activist since 1989, when her son was arrested. “You take one step and move forward. Keep getting up and moving forward. When this thing happened to our family, it was one of those times we had tripped in the middle of the road but had to get up because there were other people that we had to care for that were looking after us. Most of the times, as people with children, you’re thinking of different ways to take care of your children.”

During Cardozo's P*Law program in January the three women had shared their experiences with films that impacted the public interest at-large: When They See Us, The Central Park Five, and Raised in the System. That is when Cardozo students along with Alissa Bernstein, director of the Center for Public Service Law, began working to organize the awards.

In her welcoming remarks Dean Melanie Leslie spoke of the values of public service and said, “It’s an honor to be with you who are living those values every day. You are our leaders and it’s an honor to celebrate you.”

Alissa Bernstein hosted the event and spoke of the call to service, saying, “We all know the horrible heartbreaking feeling that motivates all of us in public service. All of our award winners and honorees are the ones who are truly leading the charge. They share the pain of the victims of society’s injustices and they know no other way but to keep fighting.”

Angela Black, a social justice activist and spokesperson for the Innocence Project said,“I am very optimistic because it seems like the world is awakened to what is happening. When it happened to us we just wanted to survive it. I thank God we did.”

“You need to be front and center for people to hear your stories,” said Staci Dupont. “When you can stand through those hurricanes that’s what makes you true heroes.”

Destinee Solomon ‘20, a Pro Bono Scholar and award winner, told the group about a newly created call to action plea:“The pandemic isn’t the way we expected to end our years at school.We decided 2020 required a creative action.

The way we see it the pandemic was a health crisis but it exacerbates the inequalities of the system. We have a chance to show what our class is about.”

Graduates from the Class of 2020 are being asked collectively to perform 2020 hours of pro bono service by December 31, 2020, and to raise funds through the class gift to support COVID-19 focused legal efforts at Cardozo. NYLAG and Legal Services NY endorsed these efforts and are actively seeking help.