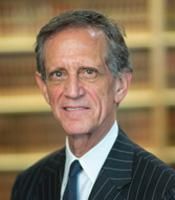 Joseph B. (“Josh”) Stulberg is the Michael E. Moritz Chair in Alternative Dispute Resolution at The Ohio State University Moritz College of Law. A former Vice President of the American Arbitration Association in charge of its Community Dispute Services, Josh regularly conducts mediation training programs for court-annexed programs, government agencies, and professional and community groups in the United States and internationally.  He has published 11 books and manuals and more than 45 articles on conflict resolution topics; he is co-chair of the Editorial Board of the ABA’s Dispute Resolution Magazine.

Josh served as Reporter for the Joint Committee that developed the Model Standards of Conduct for Mediators (2005).  He earned his J.D. from New York University School of Law and his Ph.D. in philosophy from the University of Rochester.  He is a member of the New York Bar.