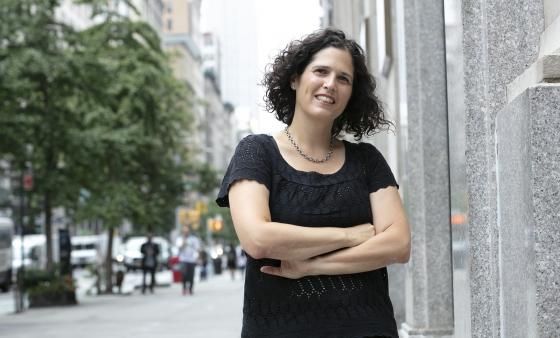 Cardozo Professor Betsy Ginsberg testified in Washington, D.C. before the U.S. Commission on Civil Rights at its briefing on Women in Prison: Seeking Justice Behind Bars on February 22, 2019.

To watch a full video of the hearing click here.

The Commission is in the process of evaluating the civil rights of women in prison, including deprivations of medical needs; implementation of the Prison Rape Elimination Act; and sufficiency of programs to prepare women for life after release.

According to the Commission, incarceration rates for women have increased dramatically since the 1970s — far outpacing those of men — and investigations have long shown that women in U.S. prisons suffer different experiences and deprivations than men — in a system not designed for them.

Here are some excerpts from Ginsberg's testimony:

"Despite formal legal protections, women prisoners are frequently denied basic medical care.  Both practical and doctrinal barriers make it difficult for them to access the legal system in order to bring claims alleging unlawful deprivation of medical care.

Trans women are regularly housed in what is termed protective custody but which is often indistinct from solitary confinement. The severe psychological and physical impact of long term solitary confinement is well documented and is compounded when an individual is placed in that setting on the heels of a traumatic experience  - such as a sexual assault in prison.

Despite ample evidence that men’s prisons are not safe for many trans women, most states will not house trans women in women’s prisons and the federal government recently rolled back protections for transgender individuals in federal prisons.  The new BOP guidelines use biological sex as the initial determination for housing assignments, allowing for housing a trans prisoner by her gender identity 'only in rare cases.'”