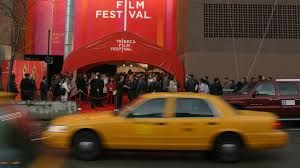 In 2018, writer/director Ekwa Msangi was working on her first feature film. She had experience with short films but knew that to attract investors for a feature, she would have to have her business in order. That summer, the Cardozo Indie Film Clinic led a panel presentation at the Tribeca Film Institute development laboratory.

Shortly after that presentation, Msangi and her producer began working with the clinic on projects ranging from corporate formation to intellectual property clearance. Having her legal needs taken care of helped give her confidence “to be able to show up and have a full package” at the Sundance Film Festival and other events.

Her film, Farewell Amor, about an immigrant family from Africa reunited in the United States after 17 years of separation, won the Sundance Institute/Amazon Studios Producers Award for Narrative Feature Producer at Sundance in 2020. Msangi and her team now have distribution deals around the world. In the United States, the film is scheduled for release by distributor IFC Films in December 2020.

Msangi credits the clinic with guiding her team through the legal intricacies before presenting to investors. “They helped get us to the party.”

Prequel: Background of the clinic

The Indie Film Clinic was founded in 2011. The current director, Michelle Greenberg-Kobrin, came to Cardozo to lead the clinic in the summer of 2015. Greenberg-Kobrin, whose background was in transactional law, was most recently Dean of Students at Columbia Law School.

The clinic provides a full complement of legal services, such as advice on intellectual property appearing in a film, formation of corporate structure, and assignment of rights in the film. With the increase of video content in journalism, Greenberg-Kobrin says the clinic has also seen an increase in First Amendment issues.

“No two days are the same,” says Greenberg-Kobrin, who is affectionately known by her students as MGK. “It’s a fun law firm.”

Students, practicing under Greenberg-Kobrin’s license, negotiate for their clients with in-house attorneys at major media companies.

Greenberg-Kobrin says that unlike more traditional transactional legal clinics, where the work tends to be fairly repetitive,  The Indie Film Clinic provides students the opportunity to work through a range of issues.

In addition to representing individual clients in ongoing projects, the clinic also works with film festivals and organizations like Tribeca, Sundance, and Ghetto Film School, providing pop-up legal clinics and training sessions that Greenberg-Kobrin says give “legal empowerment” to filmmakers.

During a semester, the clinic typically represents 25 to 30 films.

Behind the Scenes: Students take on substantive practice with their ‘fun law firm’

Adam Rubin graduated in 2019, after spending three semesters in the clinic. “We watched movies for class credit,” he says.

For Rubin, seeing his clients’ work helped bring the experience together. “We formed an entity for a production company,” he recalls about a project, “which is one of the most boring things, but when you know the story behind it . . . you kind of get into these stories of knowing another perspective.”

Before attending Cardozo, Rubin worked for a software company that provided ticketing services for arts events. With that background, he was interested in the intersection of arts and business. Cardozo’s strong intellectual property program, including the clinic, was a factor in his decision to attend the school. From day one at Cardozo, he set his sights on the clinic and was selected through the competitive application process. “Why would you not want to do that?” he says of the clinic’s work.

In his work today as assistant counsel at Grubhub, Rubin uses the ability to spot issues and provide real-time legal advice that he learned through his clinical work. “They invite you to a meeting and want an answer during the meeting.”

Rubin says the clinic was his first time “learning to be a lawyer.” For example, Rubin says he did “lots of fair-use memos” considering the issues surrounding incidental use of copyrighted material in films. He says he helped clients evaluate the potential risks but also consider “how much are you going to fight about it.” He now uses these risk-analysis skills as an in-house attorney.

Izzy Rogers is a third-year Cardozo student. She first participated in the clinic in the spring of 2020. This fall, she began the advanced clinic. According to Rogers, advanced-clinic students do the same type of work but often come in when projects are under way and need to be handled quickly.

Rogers selected Cardozo because of its strong intellectual property program, but “I had no idea transactional clinics were possible when I first went to law school.” She enjoys transactional work instead of litigation because “I like the idea of closure,” and she is drawn to collaborative projects. “I can’t sing the praises of the clinic highly enough.”

Rogers has accepted an associate position with Baker Botts after she graduates in 2021, and eventually she wants an in-house position with a company in entertainment.

Filmmaker Msangi grew up in East Africa, which is often the filming location for big Hollywood films, mostly about topics like “white ladies having midlife crises,” she says. Growing up, she saw movies about “football and proms and blah, blah, blah,” but rarely saw someone who looked like her on screen. “That has an impact on how you think of yourself.”

When Msangi saw movies about African people, they were either “strife-ridden, famine-ridden” or “the most extraordinary African who ever lived,” she says. But  she wanted to see films about real-life dramas like “love or worrying about paying bills.”

Today, as “an African woman telling stories about Africa,” she believes she is helping people pay attention to stories they haven’t seen.

In Farewell Amor, the protagonist, Walter, is a Brooklyn cab driver who fled to the United States from his native Angola. Seventeen years later, his wife and daughter finally have their visa clearances to follow him to New York. Msangi says the film depicts the family “discovering each other and themselves” as they adjust to their lives together.

“There were a lot of people who took chances on us,” says Msangi. The clinic and Tribeca, she adds, have “like-minded goals of how to practically support underrepresented artists.”

Greenberg-Kobrin calls this mission of the clinic to help tell underrepresented stories “visual advocacy.” “People are moved by what they see,” she says.

The clinic accepts clients that advance its social justice mission, for example through the film’s subject matter or filmmaker diversity.

“We have a precious limited resource, which is pro bono legal services,” says Greenberg-Kobrin. “So we want to be really careful about how we allocate that precious resource in a way that will benefit as many people as possible or in as thoughtful a way as possible.”

Rubin says, “These are stories that otherwise couldn’t be told, which I thought was always a really powerful part of what we were doing.”

Rubin, who worked on a number of films featuring LGBT issues as well as a project focusing on community policing, appreciated the opportunity to “have that kind of experience to be able to move the social justice needle.”

To Rubin, visual advocacy means “opening people’s minds to learn about [people like] a transgender student, or an LGBT artist, that otherwise were not historically given the perspective they should be given.”

Rogers enjoys her clinical work because the ideas and themes featured in her clients’ projects are “so beyond the realm of anything I could imagine.” Even when she works on relatively tedious tasks, she is motivated by helping her clients tell their stories. Plus, “our clients are all really nice and fun people.”

When she began working with the clinic, Msangi knew her team needed help but wasn’t aware of the extent. They had some form contracts but learned they needed many more services. The clinic’s ability to provide free services was “a huge deal because these things can be quite a bit of money.”

At first, Msangi was skeptical that clinic students, who are called legal interns in their work with the clinic, might be inexperienced. Soon, however, their professionalism won her over. “They read the script ahead of time” and were interested in the work, she notes, describing clinic students as professional, helpful, and friendly.

Credits: Without these people, it wouldn’t be possible

Anyone who has ever seen an awards show acceptance speech knows there is more that goes into creating a film than moviegoers will ever see. The same is true for The Indie Film Clinic.

The clinic also receives support through a grant from the Democracy Fund of the Free Expression Legal Network, which provides support to law school clinics that “advance and defend First Amendment rights, media freedom, and transparency,” as well as Lin-Manuel Miranda’s fund for diversity in arts.

Support for the clinic helps to provide staffing, support class size, and promote the ability to work with institutions in indie film production. The support has paid off, not only through the experience provided to Cardozo students, but also in accolades for clients’ films like Sundance award winner Farewell Amor.

Another project by clients of the clinic, Trans in America: Texas Strong, won the short documentary category at the 2019 News and Documentary Emmy Awards for its portrayal of a transgender student at a Texas elementary school. Clinic alumnus Rubin says this was his favorite project with the clinic because “the legal questions were just so interesting but the topic also.”

Most of all, Greenberg-Kobrin and her students credit Cardozo for the enterprising spirit that is an integral part of The Indie Film Clinic’s work.

“One of the things I love about Cardozo is it’s a very entrepreneurial place,” says Greenberg-Kobrin. The attitude of the school, she says, is “let’s see what we can do here.”

Rubin agrees that the entrepreneurial and social justice focus of the clinic is “part of the Cardozo spirit. . . . We get things done. That was the work ethic.”

The Clinic and Covid

When the pandemic hit and the law school closed in-person learning in March, Izzy Rogers says she became “one of the 50 percent of 18- to 29-year-olds living with their parents.” At that point, Greenberg-Kobrin says she began hearing from students “in their mom’s basement in Michigan” who wanted to continue their clinical work.

According to Rogers, her clinic clients went to one of two extremes during the early days of the pandemic: Either they “dropped off the face of the earth” or “they’re thinking ‘I’m stuck at home, and I’m going to get all my legal needs done right now.’”

Because clinic students generally try to meet with clients in person for intake, the dynamic changed. But Rogers and her clinic colleagues had been using Zoom for client meetings well before the pandemic, so they had a head start on the work-from-home transition.

“Certain things can be done maybe even better during Covid,” Greenberg-Kobrin says. One example is the clinic’s initiative to create an improved website. She says the clinic is “drowning in clients,” and the website is intended to provide general-purpose information and forms.

She envisions a client contacting the clinic: “I just got to Cuba. My source is willing to talk to me. I need a release right now.”

When it is complete, the clinic website is anticipated to be an outlet for basic requests like that.

Looking forward, Greenberg-Kobrin believes there will be less travel to film festivals, but she’s been receiving lots of inquiries about training, and there is also an increased interest in short documentaries with a social justice message. “It does feel like a moment in time [we’re] thinking about how the law can go hand-in-hand with advocacy.”