Thoughts on Kristallnacht, 2018: In View of the Tragedy in Pittsburgh

Thoughts on Kristallnacht, 2018: In View of the Tragedy in Pittsburgh 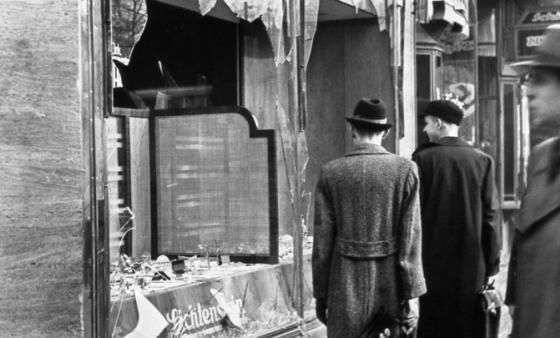 Every year as the leaves begin to change color and fall away, many Jews sense a sadness that relates to an autumn evening a long time ago. In Berlin, in November 1938, synagogues burned, and Jews were murdered in their workplaces and on the streets. Throughout Nazi Germany, they found themselves unprotected and unloved. Although many terrible things had already happened under Hitler, including the 1935 Nuremberg laws that deprived them of their rights, Jews now knew that far, far worse lay ahead.

I know the Pittsburgh Jewish community well, having lectured often in synagogues there, and having a close relative and dear friends who live in Squirrel Hill, whose Tree of Life Synagogue was and remains a precious mainstay of Jewish communal living in that city. I spoke just this past August at a synagogue near Pittsburgh where my son and his family are members. No one there was untouched by what the town's mayor has called Pittsburgh's greatest historical tragedy. For the Jews of Pittsburgh such as my son, questions like the one asked him by my seven-year-old grandson arose for the first time in recent memory: "Why do some people hate us, Daddy?"

How can we explain to our children and grandchildren, to our students, to all who ask, why blind hatred of Jews finds its way into the calmest and most reverential of communities? When I teach and write about Kristallnacht, I urge people to find a place in themselves that says "Never Again!" so that this time, even when events like Squirrel Hill overwhelm us, we act immediately to nip the violence in the bud. Tragically, very few in Nazi Germany or eventually the rest of Hitler's Europe, felt such an obligation.

I write and teach about three heroes who resisted Hitler against all the odds, and everyone reading these words can locate others, the precious few who knew even back then that they simply could not abide hatred, whether expressed violently or -- more often -- through the polite language of equivocation and collaboration.

These wartime models prove we can stand up for the right, intransigently, in circumstances that cannot be any worse than they were 80 years ago. But their example does not answer my grandson's question. To fathom anti-Semitic rage, we must also understand the social influences, historical, religious, and contemporary, that motivate an individual or a nation to want to destroy the Jewish "other". In present day America, we have rationalizing tweets, spineless politicians, and many who are just too enthralled by the 24 hour news to get up and do what they know is the right thing. But it is deep in history and even theology that a hatred even beyond vicious racism was engendered. We must study it and work towards a world in which our grandchildrens' grandchildren will never again have to ask such a question.

Richard Weisberg is the Floersheimer Professor of Constitutional Law at Cardozo Law School, Yeshiva University. He is the founder of the Holocaust, Genocide and Human Rights Program at Cardozo and the author of Vichy Law and the Holocaust in France, and In Praise of Intransigence: The Perils of Flexibility.