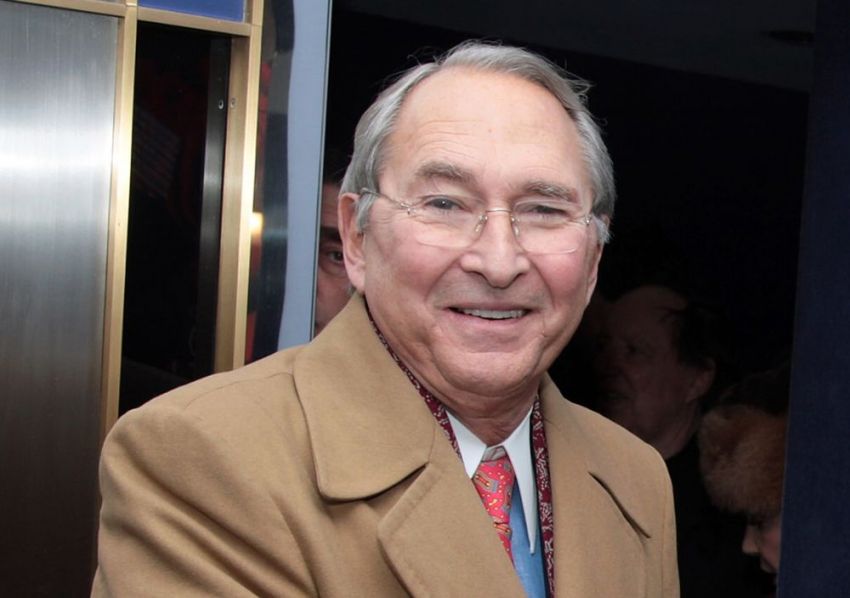 The Cardozo community mourns the passing of Sheldon Solow. He was instrumental in the growth of the school through his many efforts to enhance student life and faculty accomplishments.

The son of an immigrant bricklayer, Solow built his business ventures in Manhattan into a real estate empire and had a personal net worth estimated by Forbes at $4.4 billion when he died on November 17 at the age of 92.

As a real estate titan, Solow possessed an ambitious vision that transformed midtown Manhattan. His signature building on West 57th Street is considered an iconographic giant that led the way for new thinking about architecture (it is curved) and about size (it was out of all proportion to the surrounding buildings when it was built). He was criticized at the time, but he correctly insisted that his building, now known as the Solow Building, would set a new standard, which it soon did.

As a member of the Cardozo Board of Overseers from 1990 to 2018, Solow’s contribution to the law school can be seen in the design of the Cardozo lobby and in the signature bronze square Cardozo emblems that adorn the façade. Professor David Rudenstine, who was the dean of the law school at the time, remembers getting a call from Solow asking him to meet him in the lobby, which the law school had previously shared with a drug store.

As Rudenstine recalls, it was winter and dark. “He was downstairs in the lobby construction site and wanted to discuss the design and material for the curved wall he insisted on near the Fifth Avenue windows. The space was dark, and he used a flashlight to get around.” Solow explained to the dean that the curve he wanted required Jerusalem limestone and that it had to be cut by a special saw that only existed in Europe.

He also built the law school in many other ways. In addition to his service as a Cardozo Board member, he endowed the Sheldon H. Solow Professor of Law Chair, which is currently held by Professor David Rudenstine, and over the years he made significant contributions to assist in the creation of the Center for Student Life, currently named the Kathryn O. and Alan C. Greenberg Center for Student Life, as well as significant refurbishments throughout the school.

Mr. Solow is survived by Mia Fonssagrives Solow, his wife of 48 years, a sculptor and jewelry designer; two sons, Stefan Soloviev and Nikolai Solow, and 13 grandchildren.