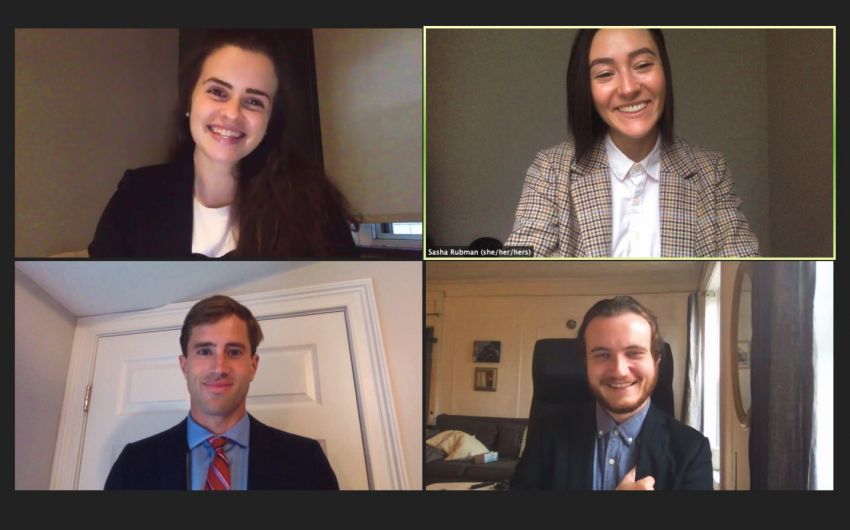 Professor Burton Lipshie serves as the team’s faculty advisor and this year the competition was held over Zoom.

There were two issues being presented before the Court: the first issue addressed whether the U.S. Citizenship Clause of the Fourteenth Amendment applies to the hypothetical U.S. territory of American Fanua, such that birth in the territory leads to the acquisition of U.S. citizenship at birth; and the second question addressed whether the Petitioner violated the Respondent's First Amendment right to free speech in terminating her employment following a social media post.

Team captain Sasha Rubman said, "It was a pleasure competing online in the Thomas Tang National Moot Court Competition. The online platform challenged our team to hone our oral argument skills in any enivronment. As the team's head coach, I am so proud of their hard work and dedication to excellent appellate advocacy—especially during these unprecedented times."