Cardozo Welcomes the Class of 2021!

Cardozo Welcomes the Class of 2021! 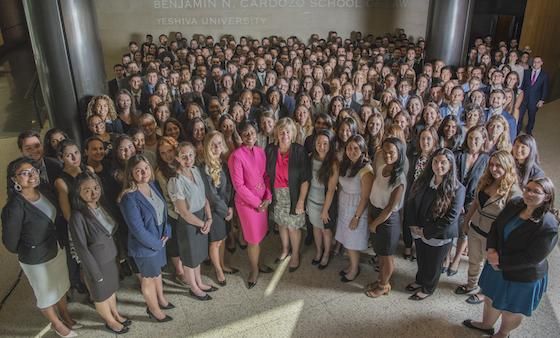 August 16, 2018 - Excitement, nervous energy and a sense of opportunity were in the air as the members of Cardozo’s Class of 2021 arrived for their first day of orientation. Students mingled over a breakfast spread before gathering in the Jacob Burns Moot Court Room, where Dean of Admissions David Martinidez and Dean Melanie Leslie officially welcomed Cardozo’s newest class to the school.

The Class of 2021 members proved their intellect and talents through the application process, showing the strongest median LSAT scores (161) and median GPAs (3.52) since 2012. In a class of more than 300 students, women comprise about 55% and students of color make up about 27%. About 32% of this year’s students come directly from college. Approximately half graduated 1-5 years ago, and about 18% graduated 5 or more years ago.

Dean Martinidez wasted no time in making sure students understood the significance of the day, remarking, “Right now as of this moment, you are members of the legal profession.”

He went on to share the wide range of backgrounds and experiences that make up the Class of 2021—more than 300 people whose diverse paths led them to embark on a law career together, here at Cardozo. Students hail from 27 states, Washington, D.C. and more than a dozen countries. They are fluent in more than 25 languages and are alumni of more than 140 colleges and universities around the world. Some just finished an undergraduate degree, while others come to Cardozo after gaining experience in the working world. Several have master’s degrees and two hold Ph.D. degrees. In terms of work experience, former paralegals are joined by dancers, musicians, an Army lieutenant, a Peace Corps volunteer, an Apple Genius Bar employee, a tae kwon do instructor, a professional translator, and more.

However, all of the first-year students had at least one thing in common. “You’re going to have to work very hard, but you have what it takes to thrive at our school,” said Dean Martinidez.

Dean Leslie impressed upon the students that a legal education makes one “ready for a life of service” regardless of whether one works in public interest law, in the corporate world, or anything in between. “People are going to be depending on you to help them through life’s toughest moments,” she said. “People will look to you as an educator.”

She also encouraged the Class of 2021 to remember their connection to Cardozo even after they graduate and start their law careers. “Everybody here is a colleague,” she said, emphasizing that some of the best friendships and business partnerships begin in law school.

Dean Leslie and Dean Martinidez assured students that no matter what happens afterward, their three years at Cardozo are sure to be a transformative, powerful experience—and one that sets each member of the Class of 2021 up for success.

Attorney Chris Seeger ’90 addressed the students at their opening day luncheon, drawing on his own experiences during his youth and his journey into law. Seeger founded the firm Seeger Weiss LLP and has a notable career as a plaintiff’s attorney, including his involvement in recent high-profile cases involving compensation for former NFL players who suffered concussions.

He assured them that it’s okay to feel nervous at the start of the journey. “I felt very insecure when I started,” he told the group. He eventually became interested in personal injury law through a specific case he was involved with and said after that, “I never looked back. And I didn’t become a plaintiff’s lawyer because of the money; I did it because I really believed in it.”

The first-year students were looking forward to what a Cardozo education could bring. “I want to go into law for policymaking, and now is such an exciting time because more people are getting involved and passionate about important issues,” said Jessie Shaw, a San Francisco native planning to work in the animal rights field.

Excitement about the chance to live, learn, and network in the heart of New York City was a common theme among the students. Jacob Naoulou, from Brooklyn, was also energized by the growth of the legal industry and the opportunities it presents. “The lawyers who stand out are the ones who make a difference,” he said.

Others were already thinking about their classes. Izzy Rogers, who was born in New York and raised in London, chose Cardozo in part because it “is really looking to the future, especially in things like blockchain, privacy, IP and Internet law.” 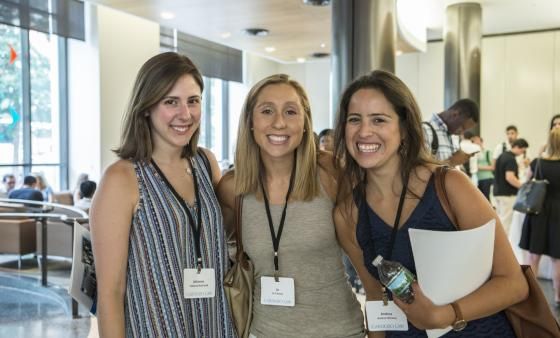 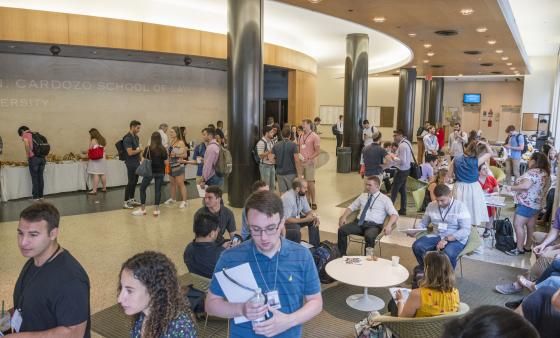 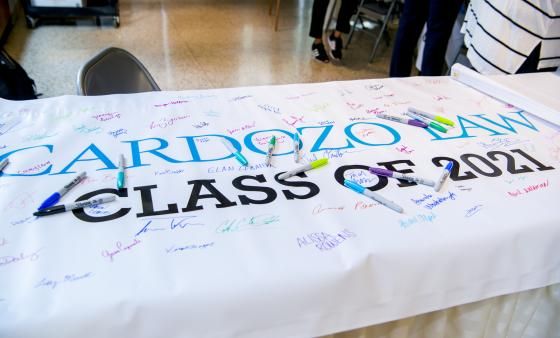 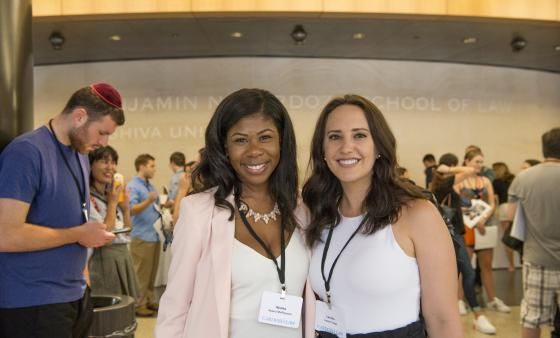 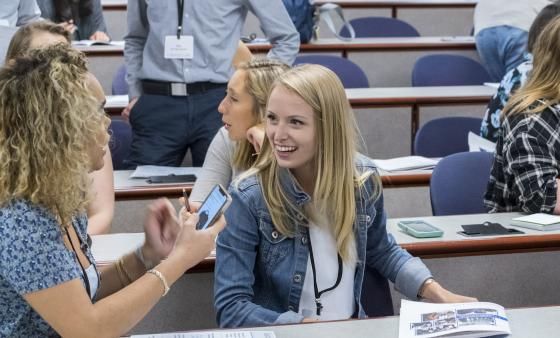 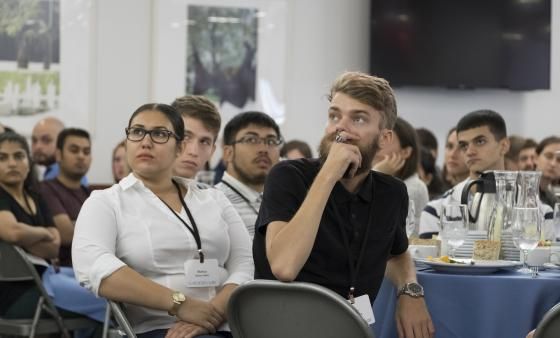