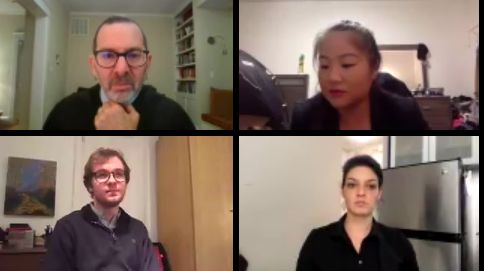 Cardozo’s Monrad G. Paulsen Competition, an intramural competition named after Cardozo's first Dean, was held November 4, 5 and 9 and this year was done in a virtual format.

The Monrad G. Paulsen Competition is sponsored by the Moot Court Honor Society, which provides a forum for second and third year students to compete for recognition as Cardozo's best advocates. Entrants write briefs which are evaluated by the Moot Court Honor Society Editorial Board and faculty members. Entrants then participate in an "elimination style" oral advocacy tournament which is judged by faculty, practicing attorneys and judges. Students submit a brief on one of the two issues of law before the court and orally argue both issues over several nights of competition. Students with the best oral and written scores advance progressively to semi-final and final rounds. On the basis of their performance in the competition, some participants are invited to join the Moot Court Honor Society.

2L student Mia Bornstein, who competed, said, "This year's Paulsen Competition was challenging, rewarding, and so much fun. I am beyond grateful to have had the chance to connect with peers and professionals alike and I could not have felt more supported by the Cardozo community. It is an experience I won't forget!"