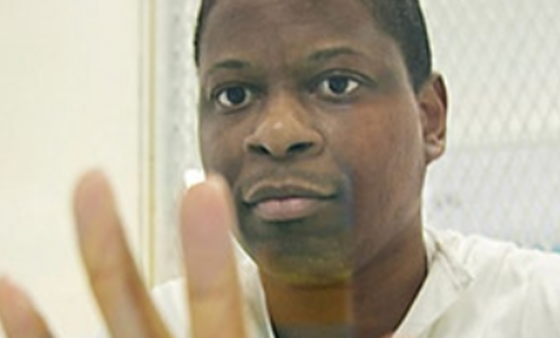 Cardozo’s Innocence Project clinic recently celebrated a victory in the case of Texas man Rodney Reed, who was granted a reprieve by the state’s highest criminal appeals court just days before his planned execution. Reed has been incarcerated for 22 years for his alleged ex-girlfriend Stacey Stites’ murder – a charge that the Innocence Project has been working to clear since taking on the case in 2012. Reed’s legal team, which includes Innocence Project Staff Attorney Bryce Benjet, has pointed to the lack of DNA testing on the weapon, suppression of evidence and false testimony by the state.

Cardozo 2L student Clare Haugh, the only Innocence Project student clinician working on the case, said each motion the legal team filed brought Reed closer to the opportunity to present the evidence of his innocence in court, and to the stay of execution granted in November.

“I’ve just been very privileged to work on a case that could save someone’s life,” Haugh said. “Rodney’s story is so compelling.”

Benjet told the New York Times in November: “At every turn we have asked for a hearing at which we can present the evidence, in full, of Rodney Reed’s innocence… So it is extremely rewarding that we can finally have a chance to fully present his case in court, so it can be determined that he did not commit this crime.” Benjet started working on the case in 2002 as an attorney in Texas and brought it to the Innocence Project in 2012.

Haugh said that when people hear about Reed’s case, they can’t believe his conviction still stands.

In October, Haugh worked with Criminal Law professor Kathryn Miller to organize a panel event at Cardozo titled “Justice for Rodney Reed: Will Texas Execute An Innocent Man?” which included a documentary film screening and a discussion with Reed’s family. The event was sponsored by the Innocence Project and the Cardozo Black Law Students Association (BLSA).

Haugh first got involved with Reed’s case during the summer of 2019 when she told her Innocence Project adviser Benjet that she was interested in the death penalty and the habeas corpus procedure. She contributed some writing toward the motion for DNA testing filed last summer. She also wrote drafts and pieces of different motions and contributed to the application to the Texas Board of Pardons and Paroles for clemency.

Haugh said the most memorable moments were when she was learning from others and sitting in on conference calls with Reed as a member of the litigation team. She said working with Benjet, the Innocence Project staff and the other attorneys on Reed's legal team has shaped her career as a law student.

“They care so much about the student experience,” Haugh said. “Working to free Rodney Reed will always be one of the most impactful parts of my legal career.”