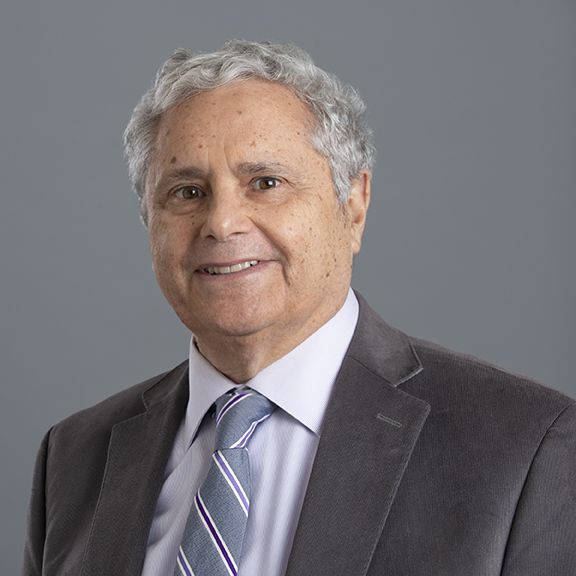 Richard H. Weisberg is the Walter Floersheimer Professor of Constitutional Law. He was an Obama appointee to the Commission on the Preservation of America's Heritage Abroad. Professor Weisberg has helped litigate successfully in American federal courts on behalf of Holocaust survivors and their heirs, providing a measure of justice for World War II victims of anti-Semitism.

President Nicholas Sarkozy of France awarded him the Legion of Honor in 2008. The founding director at Cardozo of the Holocaust, Genocide and Human Rights Program and the Floersheimer Center for Constitutional Democracy, he writes widely in those areas, including his book Vichy Law and the Holocaust in France and essays on First Amendment developments in the U.S. Supreme Court. He is a pioneer in the growing law and literature movement worldwide, and his books The Failure of the Word and Poethics have been widely translated. In 2014, he published In Praise of Intransigence: The Perils of Flexibility (Oxford University Press). The book argues that a willingness to embrace intransigence allows us to recognize the value of our beliefs, which are always at risk of being compromised or equivocated. He has visited many undergraduate institutions in the U.S., at law schools around the country, and in France, Denmark and China, where he is an honorary professor of law at Wuhan University.

His staging of legal dilemmas in great fictional works has won notices from The New York Times, the National Law Journal, and The New Yorker magazine. He has been a Guggenheim Fellow and recipient of Rockefeller Foundation, NEH and ACLS grants. He holds a B.A. from Brandeis University, and his Ph.D. from Cornell is in French and comparative literature. While teaching those subjects on the graduate faculty of the University of Chicago, Professor Weisberg earned his J.D. from Columbia Law School, where he was an editor of the Columbia Law Review. He has been associated with the firm of Cleary Gottlieb Steen & Hamilton in New York and Coudert Freres in Paris.