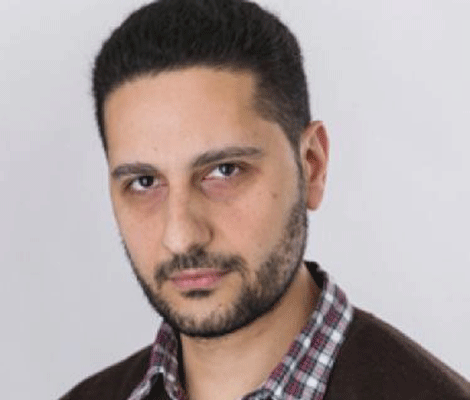 Faraz Sanei is a Visiting Instructor of Clinical Law and the Telford Taylor Teaching Fellow with the Benjamin B. Ferencz Human Rights and Atrocity Prevention Clinic at the Cardozo School of Law. Prior to joining Cardozo, he was the Director of the Project for Freedom of Religion or Belief at the Ralph Bunche Institute for International Studies (The Graduate Center at the City University of New York) and a legal advisor to Dr. Ahmed Shaheed, who is the current UN Special Rapporteur on freedom of religion or belief and the former UN Special Rapporteur on the situation of human rights in the Islamic Republic of Iran.

From 2010 to 2015, Faraz was the Iran and Gulf researcher at Human Rights Watch, where he conducted field investigations, published in-depth reports on human rights violations in the region, and represented the organization in media interviews and advocacy meetings with relevant stakeholders. His work has been cited and published in major newspapers and outlets including the The New York Times, CNN, BBC, Al Jazeera, and The Guardian. Prior to joining Human Rights Watch, Faraz was the Interim Executive Director, Program Director, and Senior Human Rights Lawyer at the Iran Human Rights Documentation Center.

Faraz holds a J.D. from Vanderbilt Law School, where he served as the Managing Editor of the Vanderbilt Journal of Transnational Law, and a B.A. in political science from the University of California at Los Angeles. After law school, he joined the law firm of Snell & Wilmer in Phoenix, AZ, where he concentrated on commercial litigation, environmental, and regulatory matters. He has been an Adjunct Professor with Hunter College’s Human Rights Program since 2015.