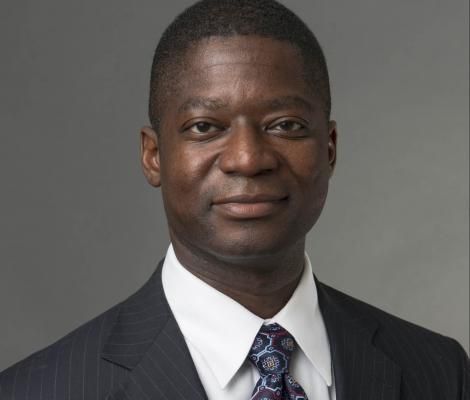 Professor Yankah holds degrees from the University of Michigan, Columbia Law School and Oxford University.  His work focuses on questions of political and criminal theory and particularly, questions of political obligation and justifications of punishment.  His work has appeared in law review articles, peer reviewed legal theory journals, books and medical journals, including NOMOS, Ratio Juris, Law and Philosophy, Criminal Law and Philosophy, the Fordham Law Review and the Illinois Law Review among others.  He has been a Distinguished Visiting Faculty Member at the University of Toronto School of Law and a visiting fellow at the Israeli Institute of Advanced Studies (IIAS) among others.  His work has been translated into Italian and Spanish.

He has been recognized numerous times by his students for his dedication to teaching.  He was awarded an “Inspiration Award” by the Cardozo student body and the “Cardozo Alumni of the Year Award” by Cardozo BALLSA, becoming the first non-Cardozo graduate or faculty member to be recognized.

His interests have also led him to develop expertise in voting rights and election law. For years he served as the co-chair of the New York Democratic Lawyers Council, the voting rights arm of the New York Democratic party and the coordinating arm of the DNC. In 2020, he was awarded the “Guardian of Democracy” Award by NYDLC. That year, he was appointed to New York’s Public Campaign Finance Board, which he now serves as Chairman.

He also sits on multiple non-profit and start up boards including the Innocence Project, where he was awarded as an “Advocate for Justice” in 2017.  He maintains a public presence writing for publications spanning The New York Times, The New Yorker, The Washington Post and Salon among others and has been a regular commentator on criminal law issues on television and radio including NBC, CNN, MSNBC, BBC, BBC International, NPR and PBS.